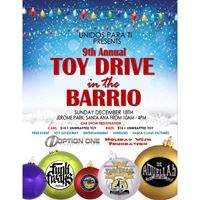 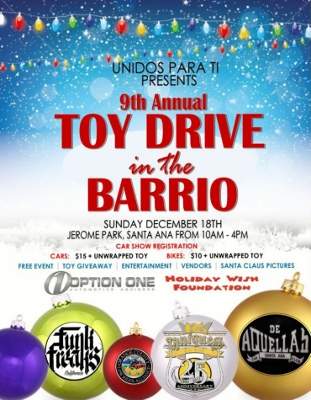 Unidos Para Ti, along with various partners such as OC Lowrider Alliance, Holiday Wish Foundation and many others, have been working very hard to execute their yearly toy giveaway this Christmas Season. This year their much anticipated event will be taking place in one of the neediest neighborhoods in Santa Ana, the New Horizons neighborhood. 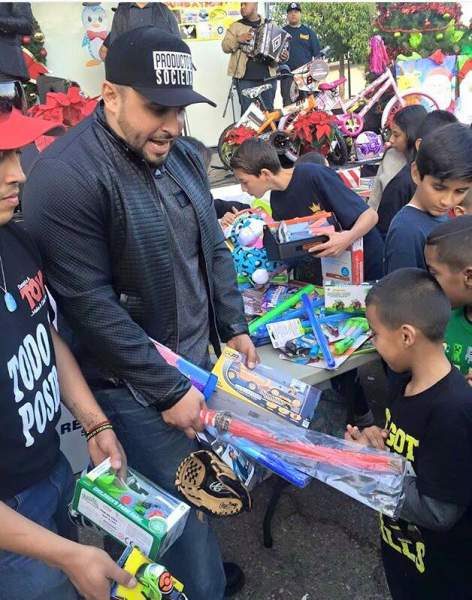 The founders of Unidos Para Ti, Edward Beas, Alex Chavez and Nasario Bastida, started this tradition back in December of 2008 and since then it has grown tremendously, making it one of the most anticipated toy giveaways in the city of Santa Ana.

They are seeking contributions to help defray the costs associated with the event, so that all funds raised can go directly toward the community. They hope that they can count on your support to help make a positive change in these children’s lives as well as the low income families that gather together on this special day.