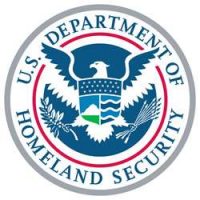 In a key step toward implementing the Administration’s blueprint for a fair, orderly, and humane immigration system, the Department of Justice (DOJ) and Department of Homeland Security (DHS) are publishing a notice of proposed rulemaking (NPRM) that would amend current regulations to improve the processing of asylum claims. The proposed rule would allow, U.S. Citizenship and Immigration Services (USCIS) asylum officers to hear and decide applications for asylum, withholding of removal, and Convention Against Torture (CAT) protection for individuals who receive a positive credible fear determination. These cases are currently assigned to immigration judges within the Justice Department’s Executive Office for Immigration Review.

“Today marks a step forward in our effort to make the asylum process fairer and more expeditious,” said Attorney General Merrick Garland. “This rule will both reduce the caseload in our immigration courts and protect the rights of those fleeing persecution and violence.”

“These proposed changes will significantly improve DHS’s and DOJ’s ability to more promptly and efficiently consider the asylum claims of individuals encountered at or near the border, while ensuring fundamental fairness,” said Secretary Alejandro N. Mayorkas. “Individuals who are eligible will receive relief more swiftly, while those who are not eligible will be expeditiously removed. We are building an immigration system that is designed to ensure due process, respect human dignity, and promote equity.”

The current system for hearing and adjudicating asylum claims at the southwest border has long needed repair. For nearly a decade, the number of such claims has ballooned, and the system has proved unable to keep pace, resulting in large backlogs and years-long delays in adjudication. The proposed rule aims to begin replacing the current system with a better and more efficient one to adjudicate protection claims fairly and expeditiously.

Under the proposed process, an individual who establishes a credible fear of removal will be referred to a USCIS asylum officer for a hearing on the protection claims. The asylum officer will be authorized to adjudicate in the first instance requests for asylum, as well as eligibility for statutory withholding of removal or for withholding or deferral of removal under the Convention Against Torture. In a denied case, the individual may request de novo administrative review by an immigration judge under a streamlined process, with further administrative appeal available through the Board of Immigration Appeals.

The rule also proposes a revision to the criteria applicable to grants of parole prior to the credible fear determination. The proposal would allow DHS to grant parole when “detention is unavailable or impracticable,” in addition to the existing criteria involving medical emergencies and law enforcement objectives.

The rule would apply to individuals who are placed into the expedited removal process on or after the effective date of the final rule. The rule would not apply to unaccompanied children or to individuals already residing in the United States. Details for submitting public comments can be found in the soon-to-be published NPRM.

This proposed rule joins a number of actions the Biden-Harris Administration is taking to build a fair, orderly, and humane immigration system, including by expanding pathways to apply for protection and opportunity in home countries, addressing the root causes of migration, and securely managing the southwest border.