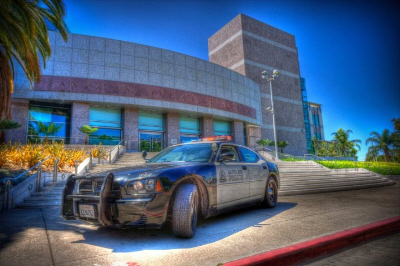 The Santa Ana Police Department has been awarded a $177,000 grant from the California Office of Traffic Safety (OTS) for a year-long program aimed at preventing deaths and injuries on our roadways through special enforcement and public awareness efforts. The grant received by Santa Ana will aid in the city’s ongoing effort to improve traffic safety and the quality of life. Santa Ana Police Department will use the funding as part of an on-going commitment to keep our roadways safe through both enforcement and education.

Traffic Commander Ibarra commented, “The purpose of the Santa Ana Police Department is to ensure the safety and security of all people within our City. The Department’s ability to make a positive impact on the reduction of traffic collisions and keeping our roadways safe is one of the primary goals of the Traffic Division”

The grant will assist in efforts to deal with traffic safety problems and to reduce the number of persons killed and injured in traffic collisions. While traffic deaths from all causes declined by nearly 39 percent between 2006 and 2010 in California, state and federal officials anticipate that figures will show a slight rise in 2011. DUI deaths remain the largest sector, at nearly 30 percent of traffic fatalities. Recent trends show increases in two new categories – distracted driving and drug-impaired driving.

“Despite the recent increases, California’s roadways are still very much safer than they were before 2006,” said OTS Director Christopher J. Murphy. “The Santa Ana Police Department will be keeping the pressure on through enforcement and public awareness so that we can continue saving lives and reach the vision we all share – Toward zero deaths, every 1 counts.”