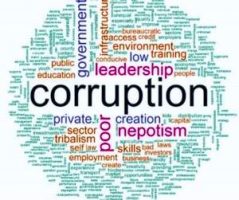 The Santa Ana City Council majority voted last night to approve paid personal assistants for themselves that will be paid $60,000/year per council member. They even added this expenditure to the new City of Santa Ana budget.

What could go wrong?

Again, what could go wrong?

We are sure that placing seven people that report to politicians instead of to the city administrators won’t cause any problems even as these “personal assistants” begin to muck with the city departments and the public. And how do we know the “personal assistants” won’t end up helping to reelect the City Council members instead of doing actual work on behalf of our city?

How long before the first criminal charges are filed for bribery or fraud?

Kudos by the way to Council Member David Penaloza for trying to derail this motion. Unfortunately the City Council majority tied it to the rest of the budget so it ended up passing.

« O.C. employees will get 40 hours of COVID-19 emergency paid sick leave
OCDA Spitzer’s senior staff heads for the exits as the lawsuits mount »