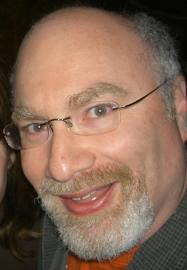 The Santa Ana ranking was heavily criticized by the Liberal OC’s Chris Prevatt and by Orange Juice blogger Greg Diamond. Neither of them had anything negative to say about Irvine’s ranking, and Prevatt’s colleague, Dan Chmielewski, even wrote an entire post praising Irvine’s ranking. Diamond and Prevatt were silent about that too.

Why is it that all of these supposedly liberal bloggers are so critical of Santa Ana – even when there is something good to say about our city? Santa Ana is a majority Democrat city. Our City Council is entirely comprised of Democrats, with the exception of lone Republican Councilman Carlos Bustamante – who Chmielewski used to refer to as a “decent family man” before Bustamante resigned from his high-paying County of Orange job after facing a slew of sexual harassment charges a few months ago.

It is sad that they must constantly put Santa Ana in a bad light – even when a national story is available that proves Santa Ana isn’t nearly as bad a place to live as these white Democrats appear to think it is.