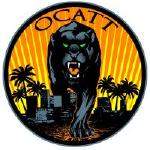 OCATT is a multi-jurisdictional law enforcement program that works to investigate, arrest, and prosecute criminals in Orange County responsible for professional-level auto theft rings. The task force has operated in Orange County since 1993 and has successfully contributed to a 55 percent decrease in auto theft across the county since its creation.

Today’s presentation was requested following the introduction of misleading data by one of the Board members during a previous Board meeting; this same Board member also suggested additional OCATT funding may be needed to combat car thefts. OCDA Rackauckas was able to demonstrate through his presentation that auto theft has decreased in Orange County and that additional funding could be better utilized by local law enforcement agencies.

In 2017, OCATT initiated 290 investigations, assisted agencies in 220 investigations, and recovered 224 stolen vehicles valued at $4,488,658. Since its inception in 1993, OCATT has successfully recovered a total of 6,202 stolen vehicles valued at $97 million, arrested 1,412 suspects, inspected thousands of vehicles, several hundred businesses, and has contributed to a 55 percent overall decrease in auto theft in Orange County.

During the presentation today, OCDA Rackauckas noted Orange County has the lowest rate of vehicle theft by population compared to surrounding Southern California counties. Supervisor Lisa Bartlett, Fifth District, commended OCATT and the OCDA for their success specifically in lowering auto theft rates in several south Orange County cities. Supervisor Bartlett also stated that auto theft data presented to her from the dais at a previous Board meeting was “cherry picked and perhaps manipulated” to falsely indicate a “huge spike” in auto theft in south Orange County cities.

To watch the OCDA’s presentation to the Board of Supervisors regarding OCATT, click here. The OCDA’s full PowerPoint presentation can also be found here.