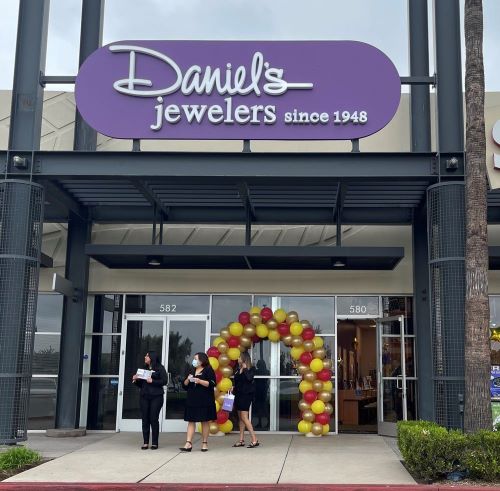 Anaheim police are searching for three suspects who stole jewelry after smashing display cases at a Daniel’s Jewelers store in Anaheim on Friday night, Dec. 2.

Police were called just before 6:55 p.m. to the 500 block of North Euclid Street in the Anaheim Plaza after the three males were seen leaving in a blue sedan.

The suspects went into the store with hammers.

Further information, including possible age ranges, was not available.

The value of the stolen jewelry was not immediately known.

Daniel’s Jewelry stores have been targeted by thieves quite often over the past year.