Apparetly the SAPD did not collect sufficient evidence against Orendain and will have to get back to work on building a case before prosecutors will consider filing charges. END_OF_DOCUMENT_TOKEN_TO_BE_REPLACED 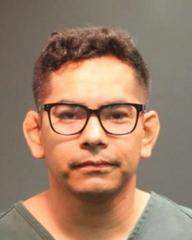 These allegations are being taken seriously and are in direct conflict of the District’s zero-tolerance policy relating to staff misconduct, in which all district employees are held at the highest ethical standards. This includes reporting any suspicious activity involving abuse or neglect of a child directly to authorities, as mandated by law. Failure to do so is a criminal violation of the law. END_OF_DOCUMENT_TOKEN_TO_BE_REPLACED

The victim, who is no longer attending Santa Ana High School, claimed she had an inappropriate relationship with Orendain, a part-time wrestling coach and activities director for the school. END_OF_DOCUMENT_TOKEN_TO_BE_REPLACED