Hallstrom’s friend of eighteen years, Jeffrey Lowe, drove here all the way from Kingman, Arizona, with his wife. Tonight he led the memorial and at times was almost too choked up to talk.  Tears flowed freely as Hallstrom’s associates took turns reminiscing about their departed friend. END_OF_DOCUMENT_TOKEN_TO_BE_REPLACED 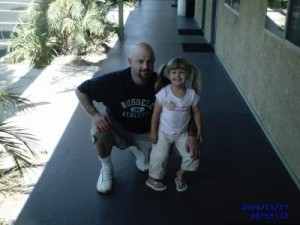 According to Lowe, it has been said that Mock has a million dollar law suit against the City of Anaheim for a O.I.S. (officer-involved shooting) that happened back in Feb. 2011.  That is not a lot of money for a city awash in tourist tax revenue, however Lowe is wondering if the public is altogether aware just how the Anaheim/Santa Ana police departments are connected? END_OF_DOCUMENT_TOKEN_TO_BE_REPLACED