On Tuesday, June 11th, 2019 at approximately 10:14 PM . the Santa Ana Police Department (SAPD) Dispatch received several calls reporting a traffic collision involving a vehicle and a pedestrian or bicyclist near the intersection of Fairview and Harvard Streets, according to the SAPD.

As the first officers arrived on-scene, they found a male laying on the west sidewalk near a bicycle with major trauma. Orange County Fire Authority (OCFA) personnel responded and briefly treated the male before CARE Ambulance transported him to OC Global Medical Center for treatment. The male was later pronounced deceased at the hospital. In addition to the injured male at the scene, officers were contacted by a male who identified himself as the driver of the vehicle that was involved in this collision.

The preliminary investigation of this collision has revealed the involved vehicle was headed south on Fairview Street while the pedestrian or bicyclist was headed north on the west sidewalk. While traveling south on Fairview, the vehicle jumped the west curbline for some unknown reason and struck the male who was either riding the bicycle or walking adjacent to it. After colliding with the pedestrian, the involved vehicle continued for a short distance south on Fairview before turning into a parking lot. The driver then called police and ran back to where the injured male was lying on the sidewalk.

The cause of this collision remains under investigation. Alcohol and drugs do not appear to be a factor in this collision. The identity and cause of death for the decedent will be determined by the Orange County Coroner’s Office.

On Thursday, March 22, 2018 at approximately 0033 hrs. the California Highway Patrol received a 911 call from a motorist reporting a male down in the street in the 400 block of E. Goetz Street. The call was transferred to the Orange County Fire Authority (OCFA) who was dispatched to the area. Upon their arrival, OFCA personnel located a male covered with blood and subsequently pronounced him deceased at the scene at 0047 hrs. END_OF_DOCUMENT_TOKEN_TO_BE_REPLACED

The SAPD’s police investigators determined today that the unidentified bicyclist who died in front of South Coast Global Medical Center was not struck by a vehicle.

The police investigators looked at surveillance video while investigating the incident. The video showed that the victim fell from his bike onto the street. The vehicles that were at the scene were stopped there because their drivers stopped to try to help the bicyclist. END_OF_DOCUMENT_TOKEN_TO_BE_REPLACED

An unidentified bicyclist died early this morning, Jan. 12, after being struck by a vehicle in front of South Coast Global Medical Center, according to the O.C. Register.

The bicyclist was struck by a vehicle at around 6:30 a.m., on S. Bristol St., south of W. Warner Ave., according to the SAPD. END_OF_DOCUMENT_TOKEN_TO_BE_REPLACED

An unknown male on a bicycle was shot and badly wounded last night, Jan. 11, at the 2000 block of South Towner St., in Santa Ana, according to the O.C. Register.

An occupant of a vehicle shot at the victim, striking him in his lower torso, at around 10:55 p.m., according to the SAPD.  END_OF_DOCUMENT_TOKEN_TO_BE_REPLACED

On Saturday, October 28, 2017 at 12:51 p.m., our officers responded to the intersection of 1st and Center Streets in regards to a vehicle versus bicyclist collision with the bicyclist reported to still be in the roadway. OCFA responded and treated the bicyclist at the scene before transporting him to a local trauma center with major injuries. He was later pronounced deceased at the hospital. END_OF_DOCUMENT_TOKEN_TO_BE_REPLACED

Macmillian was apparently riding his bike north on the southbound side of Main St., on the sidewalk on Thursday night, at 6:46 p.m. Then he left the sidewalk and tried to cut through traffic, as he was riding his bike northeast near West Columbine Ave. That is when a yellow 2005 Corvette that was heading north on Main collided into him, according to the SAPD. END_OF_DOCUMENT_TOKEN_TO_BE_REPLACED 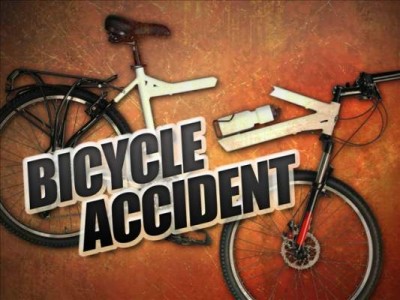 Horton’s residence was not revealed by the Orange County Coroner’s office, which identified his remains. END_OF_DOCUMENT_TOKEN_TO_BE_REPLACED 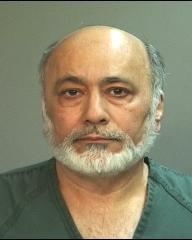 On 2-06-12, at approximately 7:00 PM, a 13 year old girl riding her bicycle north on Greenville across Warner was hit by an unknown vehicle driving west on Warner Avenue. The girl was knocked to the ground and sustained severe injuries. The unknown driver fled, making no attempt to stop or check on the condition of the injured girl. Passing motorists stopped to render aid to the girl lying in the roadway. The cause of this collision has not yet been determined and is under investigation. END_OF_DOCUMENT_TOKEN_TO_BE_REPLACED