Initial investigation determined the suspect used a note and no injuries were reported. Some of the money that was taken was recovered due to the quick response.

The witnesses provided CMPD Communications with updated suspect description and his direction of travel.  With this information, CMPD officers located the suspect at a nearby construction site and detained him pending witness identification. Witnesses identified the suspect and CMPD officers arrested him for robbery.

After the suspect was in custody, CMPD Communications received a call from a second bank at the 2300 block of Harbor Boulevard to report an attempted bank robbery at approximately 1:40 p.m.

At this time, this is an active investigation and CMPD officers and detectives are working to determine if the arrestee was responsible for the attempted bank robbery; therefore, the name of the arrestee is being withheld.

CMPD thanks the witnesses that provided CMPD with information that led to the arrest of the suspect.

SANTA ANA, Calif. – A serial bank robber who disguised himself like a mummy to hold up a Newport Beach Wells Fargo at gunpoint was sentenced January 16, 2020 to 19 years in state prison.

Jaime Reyes Torres, 58, of Santa Ana, dubbed the “Mummy Bandit,” was convicted of five felony counts of robbery and one felony count of a felon in possession of a firearm. Torres had been previously convicted of six other bank robberies between 1991 and 1992 using a similar disguise of a baseball cap and cloth wrapped around his face like a mummy. He was sentenced to 135 months in state prison.

On May 24, 2008, Torres walked into a Newport Beach Wells Fargo wearing a baseball cap and cloth wrapped around his face like a mummy. He used a handgun to rob four bank tellers and a bank manager of more than $50,000 in cash. As he fled the bank, his baseball cap fell off. DNA evidence from the cap was subsequently linked to Torres.

Prosecutors had asked for a 45 years to life sentence under California’s Three Strikes law. Torres had been convicted of six prior strikes resulting in a potential of 25 years to life, plus an additional 10 years for each of his two five year priors on his record. He also used a firearm during the commission of the crime that could potentially add an additional ten more years to his sentence. Orange County Superior Court Judge James E. Rogan struck Torres’ prior strikes over the objection of prosecutors.

“This serial bank robber is once again behind bars as a result of DNA and he will stay there for a significant amount of time,” said District Attorney Todd Spitzer. 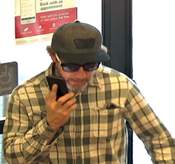 According to statements received by the NBPD, one male entered the bank with a grey Bank of America money bag. The suspect then approached a bank teller and presented what appeared to be a business check. The check had a hand written note on the back stating, “This is a robbery, I have a gun.” The teller had difficulty opening the money drawer, at which point the suspect stated, “Hurry up, you have 10 seconds.” The suspect then raised his voice and once again told the teller to hurry up, which caught the attention of the bank manager who then walked towards the suspect. The suspect then walked out of the bank with no money, and appeared to get into a white truck being driven by an additional unknown suspect. END_OF_DOCUMENT_TOKEN_TO_BE_REPLACED

He is being held on a No Bail Probation Hold under the Post Release Community Supervision Program (AB-109). Detectives will be submitting the case to the Orange County District Attorney for prosecution. END_OF_DOCUMENT_TOKEN_TO_BE_REPLACED 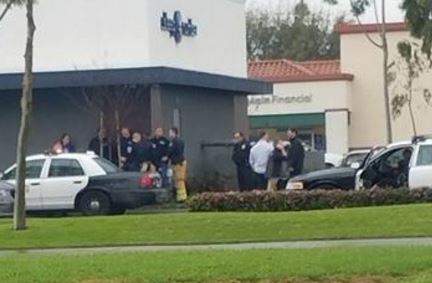 This is the sixth in a series of six bank robbery incidents in Santa Ana and Fountain Valley. At 3:13 p.m., the suspect entered the Bank of the West. After providing the demand note, the teller gave the suspect an unspecified amount of money along with a tracking device. After the suspect left the location authorities immediately began tracking the signal. END_OF_DOCUMENT_TOKEN_TO_BE_REPLACED

The suspect entered the bank and approached a teller. The suspect grabbed a hold of the teller’s hand and demanded money. The teller complied and handed the suspect cash at which time he exited the bank. As the suspect fled on foot he said he had a bomb in his backpack, which was left inside the bank. The bank was evacuated and the Orange County Sheriff’s Bomb Squad was requested to render the backpack safe. No explosives were located in the backpack. END_OF_DOCUMENT_TOKEN_TO_BE_REPLACED

That is when this story got very weird.  Erickson did not have a getaway car. So instead he got onto an OCTA bus that was working Route 57. END_OF_DOCUMENT_TOKEN_TO_BE_REPLACED 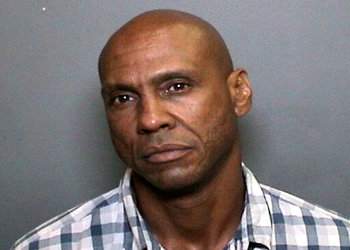 At approximately 10:46 a.m., Sheriff’s deputies responded to the Eagle Community Credit Union for a report of a robbery in progress. Responding deputies were provided a description of Graham and indicated he left in a tan or gold sedan. Approximately six minutes later, a deputy observed the vehicle matching the description travelling northbound Interstate 5, approaching Sand Canyon Road. The vehicle exited Tustin Ranch Road and a short vehicle pursuit ensued before the vehicle yielded near Red Hill Avenue and El Camino Real in the City of Tustin. Graham, the driver and lone occupant in the vehicle, was taken into custody without incident or injury. END_OF_DOCUMENT_TOKEN_TO_BE_REPLACED 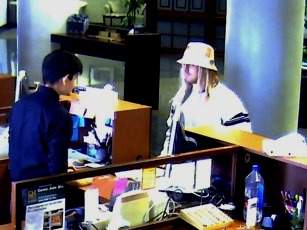 The FBI has dubbed the suspect the “pre-season bandit” because he likes to wear sports caps while he robs banks. END_OF_DOCUMENT_TOKEN_TO_BE_REPLACED 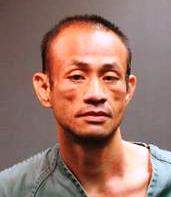 Diep presented the teller with a note, which stated he had a gun and demanded money. Out of fear for her safety, the teller provided the suspect with an undisclosed amount of U.S. currency. The suspect fled the location on foot.  END_OF_DOCUMENT_TOKEN_TO_BE_REPLACED 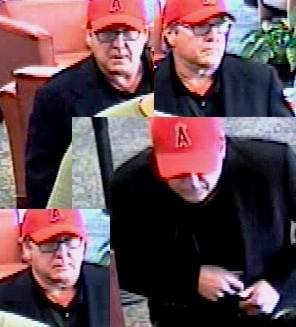 Following a broadcast of the suspect and vehicle description, sheriff’s deputies observed a maroon Chevrolet corvette in the area of Katella Avenue and Western Avenue.  Deputies conducted a felony traffic stop and took Worrell into custody.  As deputies took Worrell into custody, he made statements threatening explosives inside the vehicle.  END_OF_DOCUMENT_TOKEN_TO_BE_REPLACED