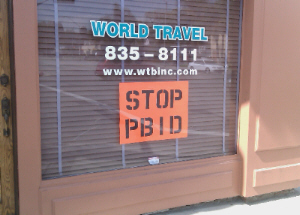 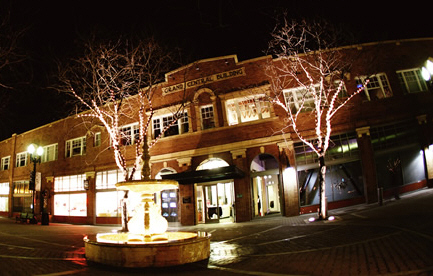 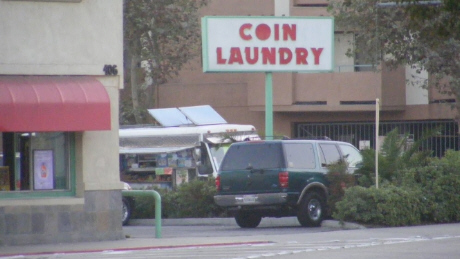 On the heels of the artist revolt in downtown Santa Ana comes yet another uprising – a group of businesses who want to get rid of the PBID – an annual assessment that business owners in that area have to pay in order to market, clean up and secure the downtown area.

There is no question that the PBID has succeeded in cleaning up the downtown area.  And I think it is safer as well, despite the murder of a bar patron a few weeks ago when he was robbed and shot in a parking structure.  But has the marketing worked?

The PBID is administered by a non-profit, Downtown, Inc.  They have engaged in all sorts of creative marketing, bringing various events to the city and providing a lunchtime trolley.

For example, one of the upset business owners runs a laundromat.  That business most definitely won’t benefit from the PBID, at least the marketing aspect of it.  Their clients are largely renters who come from working families.

Many of the other rebellious owners run businesses that market to Santa Ana’s immigrant community.  But that community is in disarray.  Many of these residents have fled California, because of the recession, and quite a few have gone back home.

Many critics also question how the assessment was created in the first place. The city put it to a vote of the property owners, but weighted the ballots based on how much each would pay. One dollar, one vote, according to the O.C. Register.

I spoke to one of our Santa Ana Council Members about this.  What the Council Member told me is that the issue is frustrating – the PBID is needed and if it goes away the city has no money to accomplish the same means.  Goodbye safety and cleanliness in the downtown.

All of this leads me to wonder if there might be a third option?  Instead of getting rid of the PBID, why not refine it?  Get everyone together, redo the boundaries, assess the annual budget and slash it if there is consensus to do so.  That would lower the assessments and given the boundary changes it might liberate a few of the business owners who are complaining.

Another thought – consider changing the assessment in terms of which businesses it applies to.  I see no good reason to charge a laundromat four thousand a year for this program.

What really concerns me – and should worry the Council majority – is that the election is barely over and already we are seeing multiple flare-ups of discontent.  In two years Mayor Miguel Pulido will likely face challenger Alfredo Amezcua, again.  I doubt Mayor Pulido will roll over him so easily next time around if by then Amezcua has managed to continue to fan all of these fires.

One of Amezcua’s biggest supporters, Dr. Art Lomeli, is in fact a leader of the PBID rebellion.  And he has a few followers in the Artists Village too.  Amezcua promised that he would be a stone in Pulido’s shoe, and so far he is living up to that promise.  The City Council better pay heed to all of this discontent as it looks to be snowballing and the year isn’t even over yet!