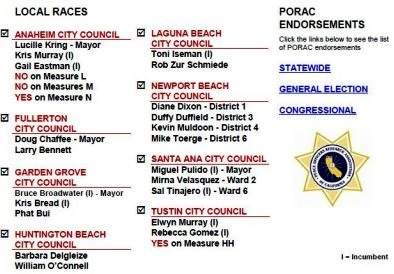 Reyna really stepped in it when SAPOA called him out after a picture of Reyna with two hard core gang bangers was posted on Facebook.  He has since become toxic to the entire Santa Ana City Council majority, which recently splintered when Benavides attacked Mayor Pro Tem Sal Tinajero. END_OF_DOCUMENT_TOKEN_TO_BE_REPLACED