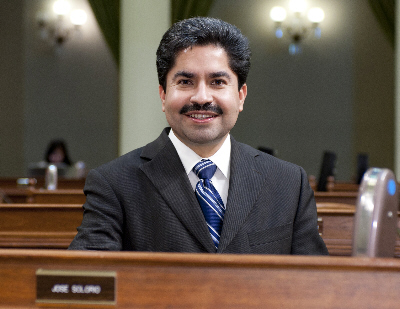 For more than two years, residents of the Diamond Park neighborhood have been receiving warnings that the water was unsafe for infants and pregnant women to drink because the water tested high in nitrates. When the problem reached Assemblyman Jose Solorio, he quickly met with community leaders and city officials to remedy the problem to bring fresh drinking water to the residents.

“Everyone deserves to have access to water that is clean and safe,” Solorio says. “I was shocked to find this happening in Orange County and am relieved that we were able to quickly fix Diamond Park’s water problems. I would like to thank the City of Santa Ana for working with me to bring a solution to what was once a potentially dangerous and unsafe situation. It’s just the right thing to do.”

Assemblyman Solorio worked with Speaker John Perez to insert language into the budget to bring much needed funding to assist the neighborhood. In turn, Diamond Park homeowners needed to dissolve the private water company and allow the connection of their homes to city lines. The City of Santa Ana was willing and able to do whatever they could to provide the community with access to fresh, clean, safe drinking water. They have worked tirelessly to provide the engineering, approvals and community support needed to bring the puzzle pieces together.