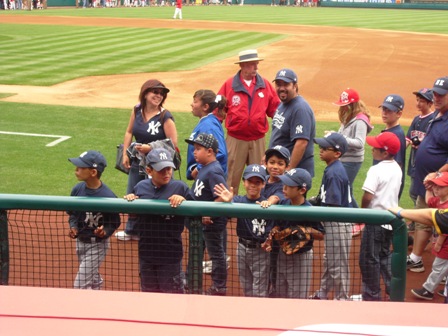 It’s time to play ball in Santa Ana – spring Little League baseball teams are forming now!  There are four Little Leagues in Santa Ana: Northeast, Northwest, Santiago, Southeast and Southwest.  The last three leagues don’t have websites but you can click here to get contact info for each of them, from California Little League, District 30.

“A growing body of research is showing the social and economic benefits of participation in youth sports to be surprisingly large and overwhelmingly positive. Other things being equal, if a kid plays sports, he will earn more money, stay in school longer, and be more engaged in civic life,” according to The American. 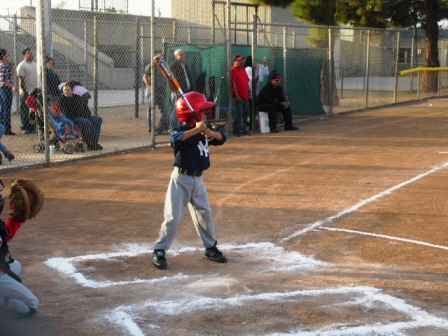 NESALL Boundaries: NORTH: the 22 Freeway,  EAST: the 55 Freeway, SOUTH: East First Street, WEST: North Main Street.  Please be sure to bring three proofs of address (example: utility bills, insurance documents, rental agreements, mortgage bills, drivers license) and an original copy of a county issued birth certificate. (all players must live within these boundaries.  Returning players who recently moved outside the boundaries must bring proof of their prior residence within the boundaries.)

We are accepting registrations for children born from May 1995 through April 2008 (league ages 4 to 16).  Divisions will be formed as follows after try-outs/assessments have been conducted:

A (Machine Pitch) Division – league age 7 and 8 year olds with Rookie League experience and some first time 9 year olds (based upon player agent recommendation after assessment).

AA Division – Primarily 9 year olds w/ some upper end 8 year olds (must be requested by parents and approved by player agent and Board of Directors).

Seniors Division – league age 14 through 16 years old. Seniors will have two seasons, one starting in March 2012 and a second starting in June 2012.  Each season requires a separate registration.

Tryouts/Assessments:Saturday, January 21, 2011 and Saturday January 28, 2011**** Each player in the Rookie A, AA, AAA, Major, Junior and Senior division players are required to attend the Tryout/Assessment and will be assigned during Sign-up/Registration. 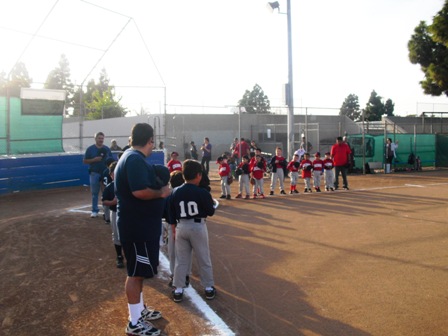 Fees, which include league issued shirt, pants, and hat (parents supply socks, cleats, glove and if needed athletic supporter) are as follows: