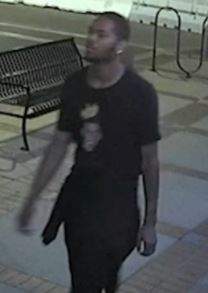 On 9/24/21, at approximately 12:40 a.m., a suspect physically and sexually assaulted a student near her dorm at Chapman University, in the area of Walnut and Grand, according to the Orange Police Department.

The suspect picked the wrong student to assault as it turned out she has a second-degree black belt. She fought back and forced the man to flee as she chased him.

At the time of the assault, the suspect was described as wearing black clothing and a skeleton style mask or gator.

The suspect was last seen walking south on Glassell Street. Surveillance video shows the suspect after he removed his face covering and sweatshirt.