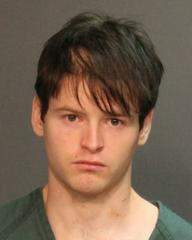 Homicide Detectives located the suspect in the City of Orange. After his interview with Detectives Davis was booked into Santa Ana Jail for the charge of Attempted Murder. Bail is $500,000.

Anybody with information on this homicide is asked to call the Santa Ana Police Homicide Unit at 714-245-8390. Or contact Orange County Crime Stoppers 1-855-TIP-OCCS