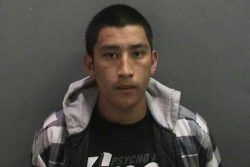 « Shooting for Freedom event today will benefit the Wounded Warrior project
Beth Krom to serve as new Chair of the O.C. Great Park’s Board of Directors »

4 thoughts on “SAPD apprehend shooter, in murder after argument about Mexican states”