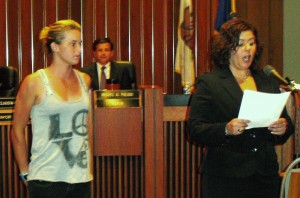 The Santa Ana City Council honored a great many good people at tonight’s City Council meeting.  Amongst them were several notable female athletes. 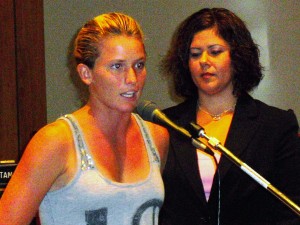 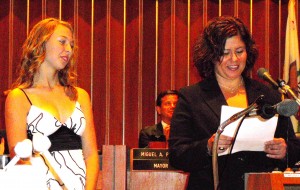 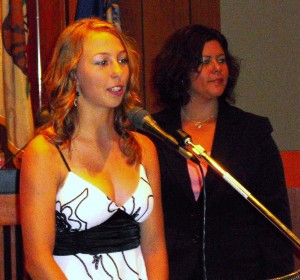 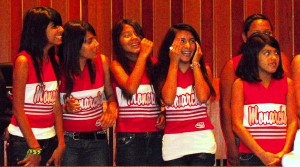 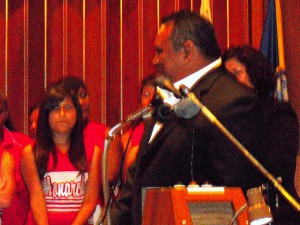 Santa Ana Mayor Miguel Pulido quipped during the award presentation that Tinajero was once a cheerleader, which prompted Tinajero to explain.  Apparently in his last year in college he ran out of money and so he went out for the cheerleader squad and made the team.  Tinajero was a good sport but he did promise, with tongue in cheek, to get back at Pulido.