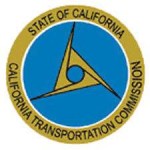 “Keeping our roadways safe for all modes of transportation is a major priority for the City. This is great news for the City because when combined with the six projects approved in August, it means the City will receive a total of about $4.8 million dedicated to bicycle and pedestrian improvements,” said Councilman Vincent Sarmiento.

“As the fourth densest city in the nation, many of our residents are more reliant on alternative modes of transportation than in most California cities. The approved projects will aim to reduce vehicle speeds, accommodate non-motorized transportation, and provide more aesthetically pleasing roadways,” said Councilwoman Michele Martinez.

The new projects will include:

In August, the City was awarded $3.3 Million in funding for the following projects:

The approved projects will include significant community outreach and involvement, focus on safety, and serve disadvantaged segments of the City.

The projects will further the City’s implementation of bicycle and pedestrian facilities and programs considered as the City prepares the update of the Circulation Element and creates the Bicycle and Pedestrian Master Plans.

One thought on “Santa Ana to receive another $1.5M in active transportation state funding”