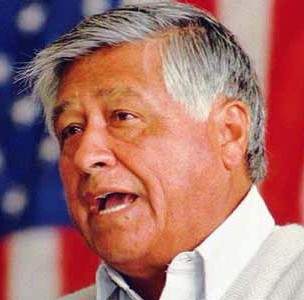 A 1969 article in the Lodi News-Sentinel also quoted Dolores Huerta, who helped found the UFW with Chavez, using the term. “There is a detention camp for wetbacks at Coachella from where they’re (wetbacks) (sic) taken out every day to work in the fields,” one article says, according to the Huffington Post.

Chavez and Huerta opposed and mistreated immigrants from Mexico because they were trying to prevent farmers in California from hiring these hard-working people.

Despite Chavez’ racist past he has been repeatedly honored by Democrats including former President Barack Obama. 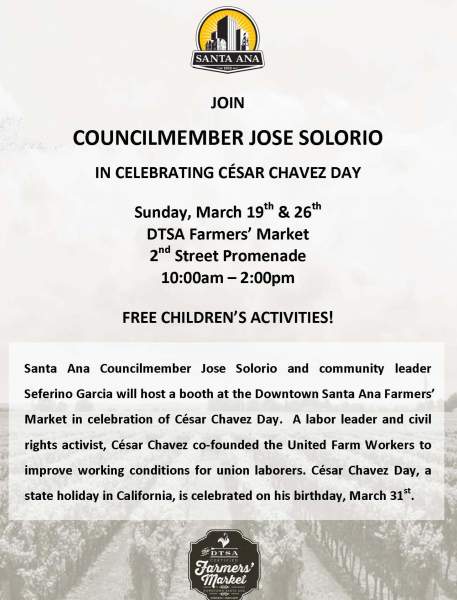 Locally Santa Ana Councilman Jose Solorio has been a big fan of Chavez as well. In fact Solorio is hosting local events this month related to Cesar Chavez Day, which is celebrated in California on March 31:

Solorio recently joined the rest of the Santa Ana City Council in denouncing President Donald Trump and in declaring Santa Ana to be a Sanctuary City. Ironically if Chavez were alive today he would be wearing a red “Make America Great Again” cap and he would definitely be an ardent Trump supporter.