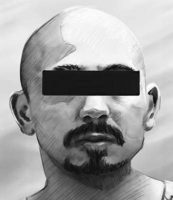 SANTA ANA, Calif. – Oscar Daniel Moriel, a gang informant, was sentenced today to 17 years in state prison for the attempted murder of a rival gang member in 2005. The defendant’s informant work and testimony led to the federal and state convictions of 79 criminal street gang members affiliated with the Mexican Mafia, a notorious Hispanic prison gang infamous for their violence and criminal enterprise, and resulted in dozens of prison sentences totaling 293 years.

All of these cases involved complex and difficult to prove gang crimes and many would not have been able to be successfully prosecuted without Moriel’s cooperation and testimony.

Co-defendant Luciano Hernandez, 28, pleaded guilty on May 7, 2010, to one felony count each of attempted murder and street terrorism, with sentencing enhancements for the personal use of a firearm, vicarious discharge of a firearm by a gang member causing great bodily injury, and criminal street gang activity. Hernandez was sentenced to 12 years and eight months in state prison. Hernandez did not cooperate with law enforcement.

In a detailed letter to the Honorable Patrick H. Donahue, the Federal Bureau of Investigation (FBI) in collaboration with the U.S. Attorneys’ Office requested leniency at Moriel’s sentencing as a result of the defendant’s ongoing cooperation and assistance in identifying multiple criminal street gang members affiliated with the Mexican Mafia. The Orange County District Attorney’s Office (OCDA) gave great deference to the FBI’s and U.S. Attorney’s request. The full letter may be found here.

At the instruction of violent Southern Hispanic street gangs affiliated with the Mexican Mafia, dozens of inmates housed in Orange County Jail and Orange County Theo Lacy Facility frequently direct assaults and murders against enemies of the Mexican Mafia. The Southern Hispanic gangs controls prisons and jails by inciting fear in other inmates and derives money from outside criminal street gang activity. The gangs also controls highly profitable drug trafficking in jails and prisons statewide. The population of these types of dangerous inmates in county jails increased due to prison realignment and overcrowding.

Moriel testified in four trials and one hearing, during which he indicated he was a participant in various gang murders. Law enforcement thoroughly followed up on the information but was unable to substantiate such incidents or locate any victims which fit the criteria stated by Moriel in his testimony. Without a “corpus” or a body of the crime, law enforcement was unable to proceed with prosecution.

During his cooperation, Moriel provided information and other assistance to the FBI and investigators on a weekly basis. Moriel took care to document investigative contacts in handwritten notes, which he provided to investigators. The information included, among other things, the following: (1) jailhouse “kites,” which were passed to him at the Orange County Jail, where members of Southern Hispanic street gangs affiliated with the Mexican Mafia were directing assaults and murders against enemies of the Mexican Mafia; (2) assistance in interpreting and explaining the intercepted “kites;” (3) intelligence regarding the Mexican Mafia’s activities inside the Orange County Jail, including the leadership and the structure in place within the jail system; and (4) the identities of individuals responsible for unsolved gang-related shootings and murders in Orange County. To assist investigators in gathering related evidence, Moriel also made consensually recorded telephone calls to subjects of the investigation to discuss Mexican Mafia activities.

Some of the most culpable defendants including the FBI investigation’s primary target, Mexican Mafia boss Peter “Sana” Ojeda, received 15 years in federal prison.