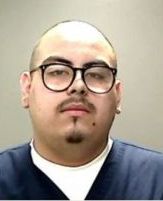 WESTMINSTER – The Orange County District Attorney (OCDA) is seeking the public’s help Identifying potential additional victims of a man charged with exposing his penis to three minor girls and an 18-year-old female who were walking to school. John Rodriguez, 20, Santa Ana, is charged with one felony count of attempted sexual battery, four misdemeanor counts of indecent exposure, and three misdemeanor counts of child annoyance. If convicted, he faces a maximum sentence of three years and six months in custody and will be ordered to register as a sex offender. The People will be requesting Rodriguez be held on $250,000 bail at his arraignment today, Monday, Aug. 22, 2011, at 1:30 p.m. in Department W-15, West Justice Center, Westminster.

If Rodriguez is found guilty in this case, mandatory sex offender registration will now prohibit him from entering County and Westminster and Irvine City parks without prior permission from the respective police departments because these municipalities recently enacted laws creating child safety zones to protect children in places where they regularly gather from sexual predators. Other Orange County cities are in the process of enacting similar laws.

At approximately 8:45 a .m. on Jan. 25, 2011, Rodriguez is accused of driving in his car and approaching 15-year-old Jane Doe #1, who was walking on Newhope Street and Opal Avenue in Fountain Valley to Los Amigos High School.

Jane Doe #1 was able to escape to her school and reported the sexual assault to the Fountain Valley Police Department (FVPD). The defendant is accused of fleeing the scene.

At approximately 8:40 a.m. on Aug. 16, 2011, 18-year-old Jane Doe #4 was walking on McFadden Avenue to La Quinta High School in Santa Ana. Rodriguez is accused of approaching the victim in his car and calling out his window to get her attention. Jane Doe #4, thinking he needed directions, walked up to the open passenger side window. Rodriguez is accused of exposing his penis to the victim while holding it and asking, “How about some of this?” Jane Doe #4 moved away from the vehicle and was able to obtain the vehicle’s license plate. The defendant is accused of fleeing the scene. Once at school, the victim reported the sexual assault.

Upon further investigation conducted by FVPD and the Westminster Police Department (WPD), Rodriguez was linked to the sexual assaults. He was arrested Aug. 19, 2011. The victims in this case did not know the defendant or each other, with the exception of the siblings.

The investigation is ongoing and the District Attorney is seeking the public’s help in identifying potential additional victims.

Rodriguez is a resident of Santa Ana and drives a black 2009 Toyota Camry. He is accused of working as a dental assistant at Western Dental located at 500 North Main Street in Santa Ana.

Anyone with additional information or who believes they have been a victim is encouraged to contact Supervising District Attorney Investigator Carl Waddell at (714) 834-7538, FVPD Detective Jesse Hughes at (714) 593-4480, or WPD Detective Claudia McCarthy at (714) 548-3736.