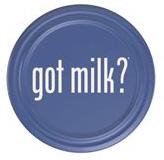 Just in time for the new school year, the California Milk Processor Board (CMPB) – the creator of GOT MILK? – is partnering with the Santa Ana Unified School District to challenge high school students to start the day off right with a nutritious breakfast with dairy milk for better academic performance and overall health.

Santa Ana Unified School District has a combined enrollment of nearly 8,735 high school students. On September 10, school officials will announce the start of a three-week breakfast challenge among Century, Saddleback, Santa Ana, and Valley high schools. The high school with the greatest percentage of increase of breakfast participation in school from the same time period last year wins $3,000 and will be crowned “Breakfast Champs.”

VISUALS: Breakfast Pep Rally will include:

In total, the GOT MILK? Breakfast Challenge is running in 15 school districts statewide with a total of $45,000 up for grabs.