“As a senior member of the House Homeland Security Committee, I was shocked to learn the FBI used fake companies for aerial surveillance throughout regions of the United States,” said Rep. Sanchez. “Even more troubling is the revelation that my home town of Anaheim, California was part of that aerial surveillance.” 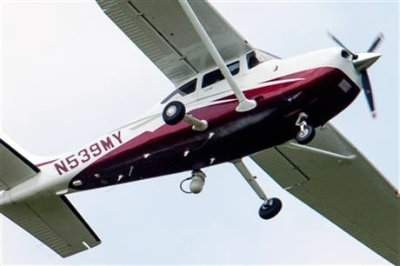 An article from the Associated Press on June 2, 2015, revealed the FBI utilized fake company names to fly aircraft for the purpose of surveillance missions. The aircraft have the capability of using technology capable of taking high resolution photographs of ground actions and collecting data from thousands of cellphones.

“I understand stopping threats to the United States requires a certain amount of surveillance,” said Representative Sanchez. “The safety of our citizens should always be a priority, but so should the right to privacy and the protection of our civil liberties.”

“In addition to further explaining the capabilities of the airplane surveillance program, my letter asks the FBI to provide the number of times this technology has been utilized, as well as the number of individuals who were not part of an investigation that may have had their cellphone data collected.”

You can find the final letter by clicking here.

You can find the Associated Press story by clicking here.

On June 2, 2015, the Associated Press (AP) reported (article attached) that the FBI has been operating a “small air force…carrying video and, at times, cellphone surveillance technology — all hidden behind fictitious companies that are fronts for the government.” In fact, the report states that in a span of 30 days, the FBI flew throughout 11 states, many in heavily populated urban areas, such as Southern California, the Midwest, and the Northeast.

We realize that the FBI routinely assists local law enforcement authorities in surveillance for ongoing investigations and at the request of the local law enforcement agency. However, it appears that many of the aerial surveillance operations go beyond local law enforcement and in fact, use cellphone data capture devices to monitor potential suspects. The article states that the electronic signals collection technology, used by the FBI, would set up “cell-site simulators.” As such, during the course of an investigation, the technology could be used to capture cellphone information of individuals not suspected of a crime. Therefore, we request the following information:

We understand the important role the FBI has in protecting our country, and the sensitive nature your work entails. However, as Members of Congress, it is our duty to address any concerns that have been raised by the public regarding this program. In doing so, we would like to continue this dialogue with your office and ask you promptly respond to our requests.