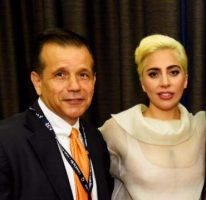 “We are proud to endorse Mayor Pulido for County Supervisor,” said Orange County Attorney Association President Mena Guirguis. “He has an excellent record of achievement as Mayor of Santa Ana and we believe he will add a lot to our County Board of Supervisors.”

“I am excited to add the support of the Orange County Attorneys Association to my effort for County Supervisor,” said Santa Ana Mayor Miguel Pulido. “Their extensive knowledge, expertise, experience, and hard work are vital to our District Attorney, Public Defender, and other county agency offices. I look forward to working with them after my election to the Board.”

Miguel Pulido was first elected to the Santa Ana City Council in 1986 and is presently serving his 13th term as Mayor, a post he has successfully held since 1994. Under his leadership he has made Public Safety the City’s #1 priority, leading the charge to hire more police officers, crack down on gangs, expand community policing, increase the use of crime fighting technology, and help solve the city’s homeless issue. Crime in Santa Ana is now at its lowest level since the early 1960’s.

One thought on “Pulido endorsed by the O.C. Attorneys Association”