Poll: Did the SAUSD blow it by tossing out fundamental school dress codes? 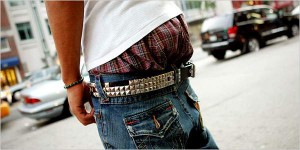 Efforts by Santa Ana Unified to restore uniformity to a patchwork of inconsistent and occasionally stringent dress code policies across the district is being met with resistance and even anger by teachers at one of the city’s top schools, according to the O.C. Register.

District trustees say some of the different campus dress codes were not in keeping with the state Education Code, and that parents are complaining to them about students being pulled from class for minor violations, such as not wearing a belt.

A fundamental school teacher I know had this to say about the sudden change in the SAUSD’s approach to dress codes:

We were never given a reason for this abrupt change and since the majority of our students are on a waiver from the dress code, the alternate student dress code has always applied. This dress code was developed by the staff and parents and now it doesn’t exist.

The district mandated that a letter be sent home and within two days the kids started wearing anything they want to wear.

This is not an issue for the majority of the schools because their students wear uniforms. It is an issue at the fundamental schools because so many of those parents sign waivers, in fact, we have a very small percentage of kids who are not on a waiver.

Girls are wearing sandals and tank tops, cut off jean shorts and the school looks totally different. The behavior has changed drastically almost overnight. We even had a student pull the fire drill alarm today, something that hasn’t happened in probably ten years.

What do you think?  Did the SAUSD blow it again?

5 thoughts on “Poll: Did the SAUSD blow it by tossing out fundamental school dress codes?”