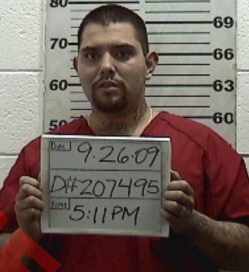 *Inmate committed the crime during a crime spree including kidnapping, theft, robbery, a high-speed pursuit and police stand-off

SANTA ANA – The Board of Parole Hearings, California Department of Corrections and Rehabilitations (Board), denied the parole today of a man convicted of kidnapping, raping and executing a woman in front of her young son during a 1976 crime spree. Gilbert Lovato, 53, is currently being held at Mule Creek State Prison in Ione, CA. Lovato was sentenced May 15, 1981, to life in state prison for one felony count of first degree murder with a 6-year sentencing enhancement for the use of a firearm. This case was originally prosecuted by former Deputy District Attorney Daniel T. Brice. Lovato will be eligible for his next parole hearing in 2018.

Lack of Rehabilitation, Remorse, and Threat to Public Safety

The inmate has shown no remorse or insight into the murder he committed and continues to deny any involvement in the kidnapping, rape and murder of a mother while her son watched. Considering Lovato’s criminal history before and after the crime, ongoing violent and extensive disciplinary record, his lack of remorse for the murder, and his lack of vocational training, the inmate would pose a significant risk to public safety if released into the community.