O.C. transient gets life in prison for kidnapping, raping and killing four women 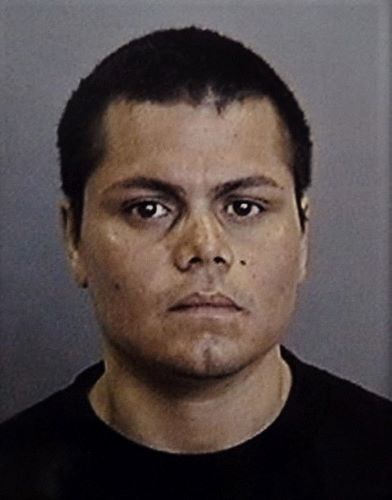 SANTA ANA, Calif. – A convicted pedophile was sentenced to life in prison without the possibility of parole today after pleading guilty to the special circumstances murders of four young women after kidnapping and raping them while on GPS monitoring. His co-defendant, who is also a convicted pedophile on GPS monitoring during the murders, was sentenced to death in 2017.

The two men were identified as suspects in the murder spree after DNA and GPS monitoring data tied them to the body of a 20-year-old woman was discovered on a conveyor belt of an Anaheim recycling facility in March 2014. The bodies of the other victims have never been recovered.

Cano had faced the death penalty, but Orange County District Attorney Todd Spitzer conducted a thorough review of the case, consulted with the victims’ families and received a mitigation presentation from the defense. After this process, with the unanimous support of the special circumstances committee and the lead Anaheim detective Julissa Trapp, he decided life in prison without the possibility of parole was the appropriate punishment for Cano. Cano was informed of this decision and indicated that he wanted to plead guilty as charged.

“There are some people in this world whom society cannot allow to roam this earth among the rest of us,” said Orange County District Attorney Todd Spitzer. “The acts they have committed are so heinous that they do not deserve to take another breath. Franc Cano and Steven Gordon are the things of nightmares. In this case pursuing the death penalty was not an appropriate punishment based on the entire reassessment of the case. I am thankful I met with each victim and they concur with my decision. After today these monsters will no longer have to wonder about the fate of the monster who stole their daughters away.”

Steven Dean Gordon, 53, of Anaheim, was indicted by a grand jury on Oct. 2, 2014. He was found guilty by a jury on Dec. 15, 2016, of four felony counts of special circumstances murder with sentencing enhancements for kidnapping and multiple murders. He was sentenced to the death penalty on February 3, 2017.

Despite being legally prohibited from being associated with each other due to their registered sex offender status, Cano and Gordon were transients who camped in the back of a paint and body shop in Anaheim.

While on GPS monitoring, Cano and Gordon patrolled the streets of Anaheim and Santa Ana looking for young sex workers to abduct.

Gordon was later identified as a co-defendant in all four murders through cell phone and GPS technology.
Senior Deputy District Attorney Jennifer Walker of the Homicide Unit prosecuted this case.