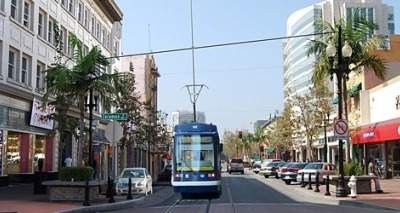 The four-mile long streetcar is planned to run from the Santa Ana Regional Transportation Center through Downtown Santa Ana and the Civic Center, operating through important employment, restaurant and retail centers along Fourth Street and Santa Ana Boulevard. It will also travel to a new multimodal transit hub at Harbor Boulevard and Westminster Avenue in Garden Grove. The project is planned to be operational by the end of 2019.

WHO: Scheduled speakers include:

WHY: The project, long talked about, is now on track to be designed and built. OCTA has taken over as the lead agency to build the OC Streetcar and the environmental plans have received approvals from both cities and from the Federal Transit Administration. OC Streetcar has been accepted into the project development phase of the New Starts federal grant program.

The streetcar, estimated to cost $250 million to build, is planned to be the first such project in Orange County. It’s expected to provide a convenient last-mile connection between Santa Ana’s train station and business and employment centers.