O.C. speeder convicted after killing a woman while driving at nearly 100 mph 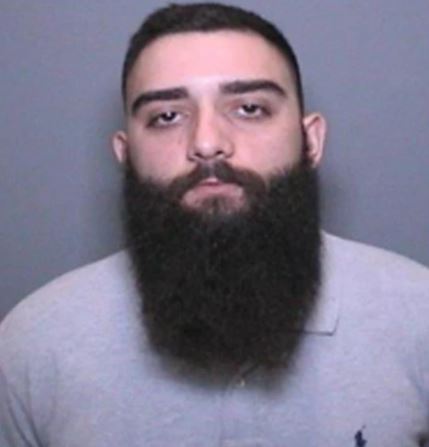 SANTA ANA, Calif. – A 28-year-old man who had been repeatedly warned of the dangers of speeding was sentenced to 15 years to life for hitting and killing a 33-year-old woman while driving his Camaro nearly 100 mph.

Afiff Kevin Doaifi, 28, of Mission Viejo was convicted last month of second degree murder and was immediately taken into custody. Doaifi had been out of custody after posting a $1 million bond on September 27, 2018.

Just before midnight on Saturday, March 25, 2017, Doaifi was driving his Camaro eastbound on Alicia Parkway in Mission Viejo when witnesses watched him gun his engine from Muirilands as he travelled up the hill of Alicia Parkway.

Thirty-three-year old Judith Noval, of Mission Viejo, was turning left onto Althea Avenue from westbound on Alicia Parkway in her Hyundai Elantra when Doaifi’s speeding Camaro hit her.

The event-data recorder in the Doaifi’s Camaro recorded he was driving 99 mph just 2 ½ seconds before he collided with Noval’s Hyundai.

Following the collision, Doaifi was recorded on a 911 dispatch call complaining about the damage to his Camaro. According to witnesses he never asked about the well-being of the woman he hit.

Noval passed away as a result of her injuries a month following the collision.

Doaifi was cited for speeding on five different occasions, including for driving 109 mph on a freeway in October 2014. In a court trial for driving 109 mph, Doaifi told the judge “I was wrong and it was dangerous” and “this is a wakeup call.”

“The fact that this individual cared more about the damage to his car than the woman he just slammed into at nearly 100 miles per hour clearly shows his priorities,” said Orange County District Attorney Todd Spitzer. “He didn’t care how many speeding tickets he racked up, he kept speeding and kept putting innocent people in danger until he finally killed someone. This is a tragedy that could have been avoided, but Mr. Doaifi simply didn’t care about anyone or anything besides himself and his car.”

One thought on “O.C. speeder convicted after killing a woman while driving at nearly 100 mph”