A single-story home at the 2000 block of South Hickory Street, in Santa Ana, caught fire today at approximately 1 pm, according to the O.C. Register.

The Orange County Fire Authority (OCFA) reported on their Twitter page that it was a 2 alarm blaze and that it was knocked down at 1:28 pm. by 23 firefighters. 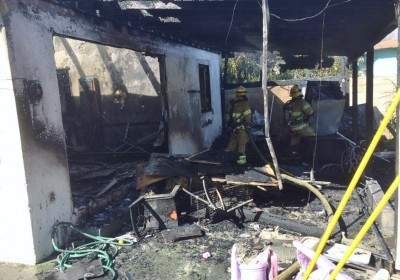 The fire started inside the home but the OCFA’s investigators are still not clear as to where exactly it started. The fire was prevented from spreading to neighboring buildings but some wires did fall around the home.

The family received assistance from local Red Cross officials once the fire was over.

The OCFA did not release an estimate of the total cost of the damage.