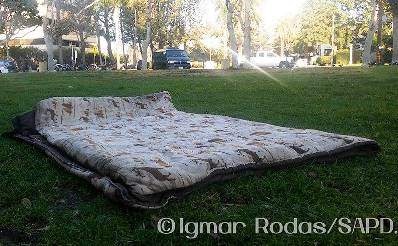 Our local ordinances are passed by our City Council.  Past City Councils have used such laws to harass the homeless for many years.  Sadly our current Council appears to be asleep at the while on this and many other issues.

You might recall that we previously reported about the SAPD mandate to register bicycles.  Most residents never did this but the only ones to receive tickets were of course the homeless.

Other communities are figuring out that we can solve the homeless problem by providing housing and mental health services to the homeless instead of harassing them.