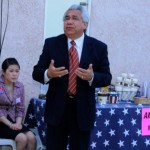 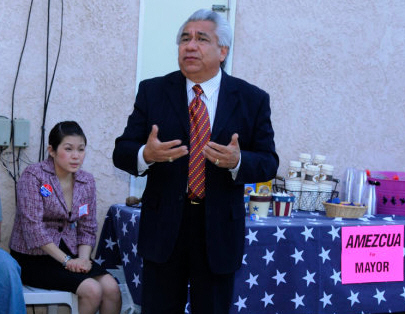 An old friend of mine got really upset at me this week for something I wrote about failed Santa Ana Mayoral candidate Alfredo Amezcua.  I told him that Amezcua lied to the voters, by registering to vote at his law office, while living in a home that was NOT in the Rancho Santiago Community College District Area that he was elected to represent, but this fell on deaf ears.

I also got into it on Facebook this week with another Amezcua acolyte who said that Santa Ana Mayor Miguel Pulido stole the election, in November.  Really?  People really believe that could happen?  Astounding.

This got me to thinking – have the rabid Amezcua followers become a cult?  Check out the definition of the word “cult” from Dictionary.com:

No question about it.  Charismatic people are able to start cults and cultivate them.  Amezcua is indeed a charming guy, when he wants to be.  But his followers, like the cultists they have become, are blind to the facts:

But none of this matters to the Amezcua cult.  They simply ignore the facts.  It is sad.  Many otherwise good people have been fooled by this man.

I think a lot of this is because these folks uniformly hate Pulido.  So while Amezcua was flawed, they jumped on board his campaign in order to get back at Pulido.

Pulido is what he is.  He pushes the envelope at times but he is very careful. And he has been involved in many good votes this past year.  He voted to support the Dream Act.  He voted to honor Harvey Milk Day.  He voted to condemn Arizona’s racist SB 1070.  But the Amezcua cultists don’t care.  In their book Pulido is bad, no matter what he does to the contrary.

I will say this for Pulido.  He is a good family man.  He goes to church.  He is a longtime supporter of many non-profits and charities, and the arts.  He does some things at times that some folks call unethical, but unlike Amezcua he has never lied to the voters.

As for Amezcua, I would be willing to give him the benefit of the doubt.  But he needs to come clean about what he did and why he really quit the RSCCD Board.

What about the Amezcua cultists?  They need to get a grip.  They bought a bill of goods.  It is time to face reality.  Amezcua lost, and he lost badly.  Time to move on people!

« Why not make the Santa Ana Zoo free to residents every Sunday?
Meet author Don Jose Ruiz on Dec. 15 at Librería Martinez Books and Art Gallery »

14 thoughts on “Have Alfredo Amezcua’s followers become a cult?”