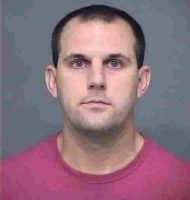 SANTA ANA, Calif. – A Los Angeles Police Department (LAPD) officer was convicted today of attempting to commit a lewd act with a 12-year-old girl and indecent exposure to five female victims in Huntington Beach. Ryan Eric Galliher, 33, Huntington Beach, was found guilty by a jury of one felony count of attempted lewd act upon a child under 14 years old, one felony count of contacting a minor with the intent to commit a lewd act, six misdemeanor counts of indecent exposure, and one misdemeanor count of engaging in lewd conduct. He faces a maximum sentence of four years in state prison and mandatory lifetime sex offender registration at his sentencing on Dec. 18, 2015, at 9:00 a.m. in Department C-29, Central Justice Center, Santa Ana.

On April 18, 2014, Galliher approached 80-year-old Jane Doe 2, who was walking in the area of Bolsa Chica Street and exposed his penis to her.

On June 17, 2014, Galliher approached 43-year-old Jane Doe 3, who was walking in the Bolsa Chica wetlands area. The defendant stood naked near the path, wearing only tennis shoes and exposed himself to the victim.

Between Aug. 1, 2014, and Oct. 1, 2014, the defendant stood in an open parking lot on Bolsa Chica Street and exposed his penis and masturbated in public. John Doe was driving by the parking lot and witnessed the conduct. John Doe reported what he saw to police after seeing a Huntington Beach Police Department (HBPD) press release looking for additional victims.

On Oct. 23, 2014, Galliher walked out of the wetlands, pulled down his shorts to expose his penis, and masturbated in public. HBPD officers, who were patrolling the area located Galliher, who matched the description reported previously by the victims, and arrested him at the scene.