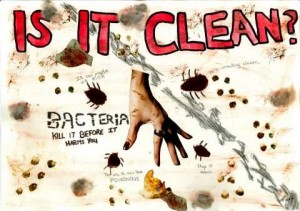 So here is our updated rundown of O.C. Health Care Agency inspections of our local Downtown Santa Ana restaurants:

We will start with the Memphis at the Santora, which got nailed with two major violations (they pose the highest risk of causing food poisoning or foodborne illness) and four minor violations during an inspection on June 27, 2013.  They were reinspected on June 28, 2013, and all was well. Then they got hit again on July 8, 2013, and ended up with two more minor violations that both had to do with “unsanitary conditions.”

The Memphis also apparently has a satellite location that got busted too, back in February of this year:

Chapter One: the Modern Local, got busted in February too:

The Yost Theatre got busted in January and in March:

February and March were bad months for The Crosby too:

The Playground got inspected in March too:

Proof had three inspections in January then another one in June:

A complaint was filed against the Gypsy Den in April – then they got inspected again in May:

The Velvet Lounge was inspected in April too:

The Grilled Cheese Spot, which I believe is a joint project of the Playground and the Crosby got hit in April and May too:

Original Mike’s was hit with a complaint in April after being inspected in February (and they got a major violation during that inspection):

The Copper Door changed owners in May then got hit with several inspections:

Lola Gaspar was inspected twice in March and had two major violations the first time:

Crave Restaurant took over the location where Tommy Pastrami used to be, back in February.  They were inspected several times afterwards:

Au Naturaw has only had one inspection:

And Bistro 400 has only had one inspection as well: