Fly from John Wayne Airport to Mexico, starting on June 3 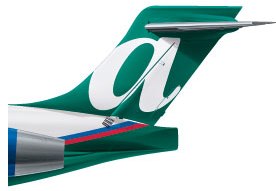 SANTA ANA, Calif. – Fly to Cabo San Lucas or Mexico City beginning Sunday, June 3, 2012 when AirTran Airways begins offering Orange County travelers the first international flights from John Wayne Airport to Mexico. The new service will make it easier and more convenient than ever to get to these popular business and leisure destinations.

“We are thrilled that AirTran Airways is bringing Orange County our first-ever non-stop service to Mexico,” said Alan L. Murphy. “Our recently-opened Terminal C, along with beautiful and efficient new international arrivals facilities, will make JWA the airport of choice this summer for travel to Mexico, Canada or any one of our 20 non-stop destinations.”

AirTran Airways will serve passengers from Terminal C at John Wayne Airport. Passengers will see the name AirTran on signage and aircraft until its integration with Southwest Airlines is complete.

*Service to Mexico City is subject to government approval.

John Wayne Airport (SNA) is owned by the County of Orange and is operated as a self supporting enterprise that receives no general fund tax revenue. The Airport serves approximately nine million passengers annually, reaches 20 non-stop destinations in the United States and Canada and is served by eight commercial passenger airlines. More information can be found at www.ocair.com.

2 thoughts on “Fly from John Wayne Airport to Mexico, starting on June 3”