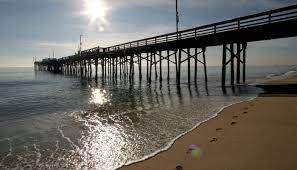 Responding police officers provided life-saving measures to the male adult victim, but the victim was ultimately pronounced dead at the scene.

It was determined the victim was involved in an altercation with a male adult suspect that was subsequently located in the area and arrested. This was an isolated incident and there is no ongoing threat to public safety.

At this time, NBPD Detectives and Crime Scene Investigation personnel are conducting an active homicide investigation. The identification of the deceased is still ongoing and will be released by the Orange County Sheriff-Coroner’s Office.

The NBPD is seeking the public’s assistance in locating witnesses to this incident as well as the activities leading up to the altercation.

Anyone with information is encouraged to contact Detective Kyle Markwald at 949-644-3762 or kmarkwald@nbpd.org. Anyone wishing to provide information anonymously may call our tip line at 1-800-550-NBPD.