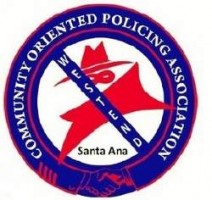 Santa Ana, CA, – West End Community Oriented Policing, along with Connect-to-Council, will present the third Community Policing forum for the residents of Santa Ana. This forum will offer residents the opportunity to provide their input and assist in creating a community policing plan for Santa Ana. At the previous forums in January and February, some participants suggested that SAPD should build stronger partnerships with the community and faith-based organizations. Other suggestions are being solicited and the public is invited to share input. There are two more forums scheduled for the remaining policing districts (North East, and South East) in Santa Ana.