A 28-year-old man from Santa Ana died after being shot at the Hyatt Regency Hotel, located at 11999 Harbor Boulevard, in Garden Grove, early on Sunday morning, according to the Garden Grove Police Department.

Police officers responded to the hotel just before 4 a.m. after receiving calls about a gunshot victim.

The victim, whose name has not yet been released, was found with a single gunshot wound to his head.

Police believe the shooting occurred in a hotel lobby hallway located in the hotel’s west side.

The victim was still alive when the police officers found him. He was taken to a local hospital. He later died at that hospital as a result of his injuries.

The suspect is thought to be a Hispanic man between the ages of 20 and 25. The suspect was wearing dark clothing and he fled from the hotel on foot into a nearby parking lot.

The police did not clarify if a murder weapon was recovered nor did they disclose a motive for the shooting. The investigation is continuing.

Anyone with information about the incident is asked to contact Detective David Lopez with the Garden Grove Police Department at 714-741-5818.

The lawsuit filed on Wednesday, Oct. 7, 2020, is part of a sustained, concentrated and collaborative effort by the City’s Code Enforcement Division, Santa Ana Police Department and the City Attorney’s Office to target properties that are magnets for gangs, guns, and narcotics activity. The defendants named in the lawsuit include: RR Santa Ana LP and Mountain High/Holiday Hill Corporation, the owners and operators of the business, as well as Terry Tognazzini, Patricia Tognazzini, and Daniel Tognazzini, who are the directors and managers of those business entities.

The Red Roof Inn Santa Ana is a 125-unit motel located at 2600 N. Main St. and adjacent to several businesses and restaurants. The property is located less than 500 feet from the Discovery Cube Orange County and a City park.

Since at least 2018, the property has served as a host for individuals who sell or use narcotics, as well as a gathering place for convicted criminals, probationers, and parolees. The rampant drug-related activity has served as a magnet for crime. From Jan. 1, 2019, to the present, the Santa Ana Police Department has received more than 440 calls for service at the property and has been the source of frequent community complaints.

Additionally, the City’s Code Enforcement Division inspected the property and discovered more than 140 violations of state building codes, including unsafe modifications, rodent and vermin infestations, lack of working smoke detectors, and other violations caused by a lack of proper maintenance.

As a result of these violations, the lawsuit also seeks to abate and correct these building code and health and safety violations for the well-being of the motel guests and the community.

The City’s lawsuit against the owners of the Red Roof Inn seeks a number of remedies to bring immediate relief to the community, including:

• The appointment of a receiver to take over operation of the property;
• A court order requiring the owners to reside in the property until the nuisance is abated;
• An injunction prohibiting narcotics and other criminal activity on the property; and
• Physical and managerial improvements to the property including, without limitation: an internet-connected video monitoring system, improved lighting, secure gating and fencing, improved tenant screening, and 24-hour, licensed security guards.

Santa Ana is downtown for the world famous Orange County, California. It is the County Seat, the second-most populous city in Orange County, and is home to a vibrant evening scene and arts community. About three-quarters of the City’s residents are Latino. Over 1,200 City employees work hard every day to deliver efficient public services in partnership with our community to ensure public safety, a prosperous economic environment, opportunities for our youth, and a high quality of life for residents. Learn more at www.santa-ana.org.

Four members of a Santa Ana gang were stabbed at a party early on Sunday morning, at a hotel believed to be the Budget Inn, located at 1108 N. Harbor Blvd., in Santa Ana.

SAPD officers sent to the hotel at 2 am, according to the O.C. Register.

The four victims somehow ended up at Santa Ana’s Centennial Park, where one of them called his girlfriend for help. END_OF_DOCUMENT_TOKEN_TO_BE_REPLACED 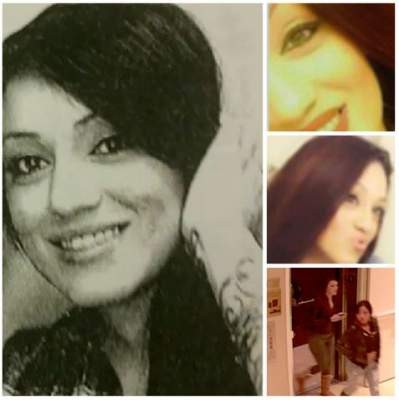 Detectives suspect Christopher Herrera approached the victim from behind as he entered his room and demanded money. After the victim refused, Herrera physically assaulted the victim before fleeing the area of the room and exiting an elevator with two unknown females. END_OF_DOCUMENT_TOKEN_TO_BE_REPLACED

The hotel we know today as the Wyndham Irvine – Orange County Airport opened on August 1, 1986 and was initially operated as a Holiday Inn. It was purchased by the Wyndham Hotel Group, the world’s largest and most diverse hotel company with approximately 7,490 hotels worldwide, in August of 2013.

The Wyndham Hotel Group invested ten million dollars in a renovation of their Irvine hotel and the rooms are now fully renovated. New furniture is going to be installed in the lobby this week along with new carpeting.

My wife and I decided to take a weekend “staycation” at the Irvine Wyndham Hotel this weekend. We don’t get to be by ourselves much but our adult daughter was happy to look after our ten-year-old son, and so we headed for Irvine. END_OF_DOCUMENT_TOKEN_TO_BE_REPLACED