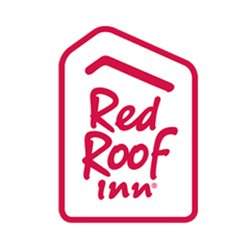 The lawsuit filed on Wednesday, Oct. 7, 2020, is part of a sustained, concentrated and collaborative effort by the City’s Code Enforcement Division, Santa Ana Police Department and the City Attorney’s Office to target properties that are magnets for gangs, guns, and narcotics activity. The defendants named in the lawsuit include: RR Santa Ana LP and Mountain High/Holiday Hill Corporation, the owners and operators of the business, as well as Terry Tognazzini, Patricia Tognazzini, and Daniel Tognazzini, who are the directors and managers of those business entities.

The Red Roof Inn Santa Ana is a 125-unit motel located at 2600 N. Main St. and adjacent to several businesses and restaurants. The property is located less than 500 feet from the Discovery Cube Orange County and a City park.

Since at least 2018, the property has served as a host for individuals who sell or use narcotics, as well as a gathering place for convicted criminals, probationers, and parolees. The rampant drug-related activity has served as a magnet for crime. From Jan. 1, 2019, to the present, the Santa Ana Police Department has received more than 440 calls for service at the property and has been the source of frequent community complaints.

Additionally, the City’s Code Enforcement Division inspected the property and discovered more than 140 violations of state building codes, including unsafe modifications, rodent and vermin infestations, lack of working smoke detectors, and other violations caused by a lack of proper maintenance.

As a result of these violations, the lawsuit also seeks to abate and correct these building code and health and safety violations for the well-being of the motel guests and the community.

The City’s lawsuit against the owners of the Red Roof Inn seeks a number of remedies to bring immediate relief to the community, including:

• The appointment of a receiver to take over operation of the property;
• A court order requiring the owners to reside in the property until the nuisance is abated;
• An injunction prohibiting narcotics and other criminal activity on the property; and
• Physical and managerial improvements to the property including, without limitation: an internet-connected video monitoring system, improved lighting, secure gating and fencing, improved tenant screening, and 24-hour, licensed security guards.

Santa Ana is downtown for the world famous Orange County, California. It is the County Seat, the second-most populous city in Orange County, and is home to a vibrant evening scene and arts community. About three-quarters of the City’s residents are Latino. Over 1,200 City employees work hard every day to deliver efficient public services in partnership with our community to ensure public safety, a prosperous economic environment, opportunities for our youth, and a high quality of life for residents. Learn more at www.santa-ana.org.