Bustamante facing a recall, may resign and be replaced by another Republican 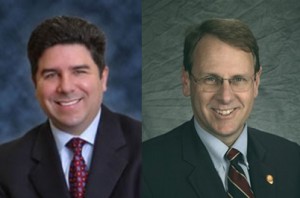