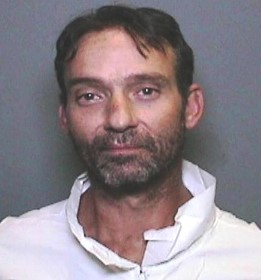 After he was arrested, Stringer also admitted to carjacking a baseball coach and 16-year-old boy from the area around Hickman Field in Kearny Mesa around 10 a.m. Wednesday, according to ABC 10 News.

Stringer also allegedly admitted to robbing an am/pm store in Lemon Grovebefore making his way to Orange County, according to Fox 5 News.

Stringer caught the police’s attention after allegedly using a shotgun to rob a Circle K in Orange shortly before midnight on Saturday, according to the San Diego Union Tribune.

Stringer took off and police officers chased him to Riverside, where he was stopped with the use of a spike strip that disabled his car.

Stringer told the Corona police that he planned on committing “suicide by cop” but the Riverside police SWAT team was able to take him into custody after spending several hours negotiating with him. They turned him over to the Orange Police.

Stringer will also face charges in San Diego where the Sheriff’s Department and the San Diego Police were looking for him in connection to a series of robberies committed three days earlier.

The coach who was carjacked ended up crashing his Jeep SUV after he tried to take Stringer’s gun. The weapon was fired twice during their struggle but the coach was able to get it away from the suspect.

However Stringer then took off and carjacked an elderly woman who was driving her SUV. He later kicked her out of her vehicle in Ramona. Police found the vehicle at the Barona Resort & Casino, about eight miles from the site of the previous car crash.

Surveillance camera footage in the area was used to identify Stringer.

Stringer is being held in Orange County jail on $1 million bail. He was scheduled to appear in court today.