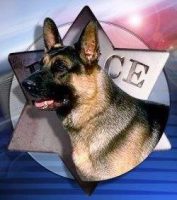 « Yet another shooting reported today on S. Townsend, near Jerome Park
Santa Ana man who tried to cash a fake check got away after his friends crashed a stolen car »