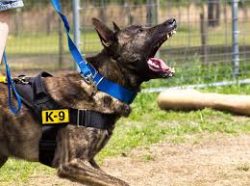 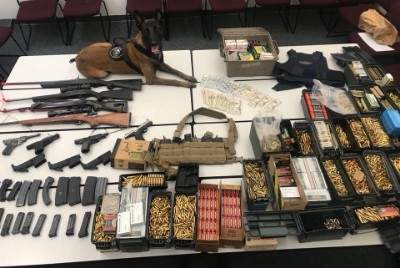 The case will be submitted to the OCDA for prosecution as convicted felons are not allowed to own guns and ammo.

The K-9 dog is named Aslan. He is trained to detect firearms.

The convicted felon was not identified.