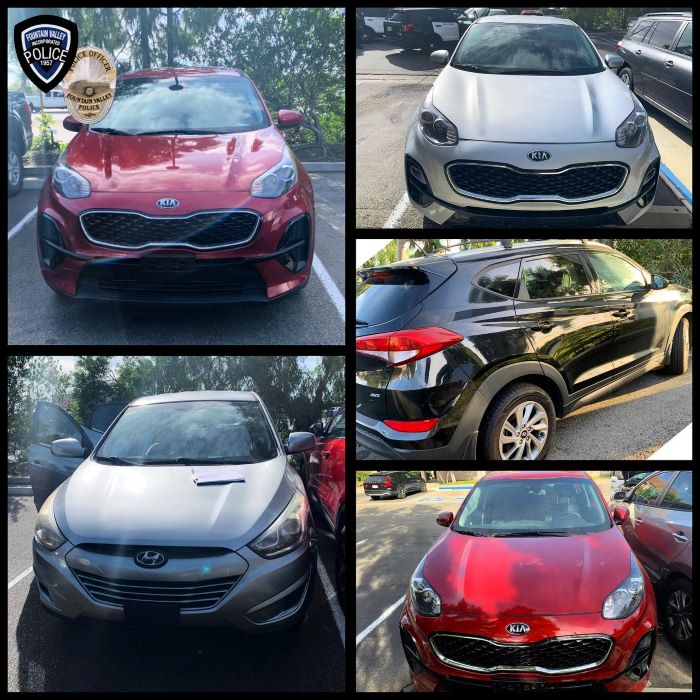 The police officers set up surveillance and observed two more vehicles enter the area, both of which were also determined to be stolen.

OCATT assumed the investigation and surveillance. The following day, Josimar Rayon (36) was detained after he was seen entering the driver’s seat of one of the stolen vehicles.

A total of FIVE stolen vehicles were recovered as a result of the joint investigation. A search of the vehicles and hotel room revealed Rayon was likely involved in catalytic converter thefts and vehicle burglaries in northern CA.

Rayon was arrested by OCATT and booked into Orange County Jail.