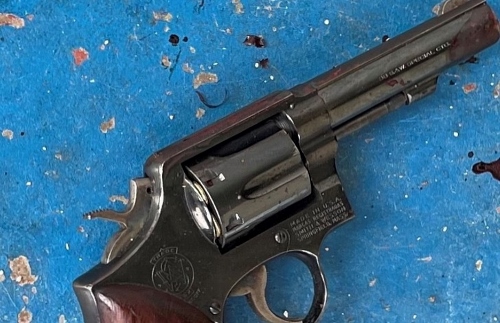 On 3/2/2022, at about 9:45 p.m., Anaheim Police Department personnel responded to the 600 block of S. Resh Street regarding a male suspect who had threatened a female with a gun. It was reported the suspect had already possibly fired the gun.

Officers located the female victim and the initial investigation determined the male was suspected of committing domestic violence, an assault with a deadly weapon, and firing at an inhabited dwelling.
The victim described firearms possessed by the suspect to officers.

APD officers surrounded the location and evacuated neighboring homes. Officers worked to contact the suspect, using de-escalation techniques, in order to convince him to surrender peacefully. The suspect refused to comply.

During the initial standoff, officers on scene heard what they suspected to be at least one gunshot come from the location. Anaheim PD SWAT and Tactical Negotiation personnel responded and continued de-escalation efforts but the suspect still refused to comply. As the standoff continued the suspect was seen with multiple suspected firearms.

At about 3:52 a.m., the suspect exited the location and an officer-involved shooting occurred. 4 police officers fired lethal weapons at the suspect. After the shooting, police personnel transitioned to providing lifesaving efforts but the suspect was declared deceased on scene. A firearm was recovered from the suspect, and an additional firearm was located inside.

Currently, the suspect is only being identified as a 41-year-old male resident of Anaheim. No additional information on the suspect will be provided at this time, pending next-of-kin notifications.

There were no physical injuries to Anaheim Police personnel as a result of the incident.

The Orange County District Attorney’s Office responded to initiate the investigation into the circumstances of the officer-involved shooting. The Anaheim PD Major Incident Review Team (MIRT), Anaheim PD Internal Affairs, and personnel from the Anaheim Police Review Board and Office of Independent Review also responded to the location.