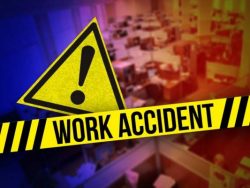 Enrique Garcia-Vazques, an 18-year-old employee, died in a workplace accident at Aardvark Clay and Supplies, a clay products business in Santa Ana on Thursday, Sep. 20, at 11:15 a.m., according to the OCFA.

The victim was trapped in heavy equipment, possibly a mixer, at his workplace, located at the 1400 block of E Pomona, in Santa Ana.

About two minutes after the incident, a fellow employee found the victim and tried to get him out, to no avail, according to KTLA.

The responding OCFA firefighters tried for some time to extract the victim from the equipment. He was ultimately declared dead at the scene.

The victim was working in or near the equipment and got trapped. An employee called for help shortly after it happened, according to the O.C. Register.

Cal/OSHA, the state agency in charge of worker safety, responded to the scene as well. They typically do so when there are workplace fatalities. Cal/OSHA has an office in Santa Ana.

Garcia-Vazques, a Tustin resident, was identified as the victim by an Orange County Coroner’s investigator. It is believed that he died at the scene before the OCFA responded, at approximately 11:07 a.m.

Aardvark Clay posted on their website that they would be closed today and tomorrow because of the emotional impact of this fatal accident. They also announced the cancellation of an upcoming Open House.

Employers are required to have an Injury and Illness Prevention Program in California, which includes a documented inspection of safety hazards prior to starting their operations. Employers who use machines with moving parts, such as mixers, are also required to train their employees in Machine Guarding and Lock/Out-Tag/Out. These measures are supposed to prevent the types of accident that killed Garcia-Vazques.