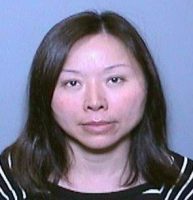 SANTA ANA, Calif. – A woman was sentenced yesterday to three years in state prison for pimping women out of luxury Irvine apartments operating as brothels.

Codefendant John Tzu-Lung Lan, 67, Chino Hills, is charged with two felony counts of conspiracy to commit pimping and pandering and is scheduled for a pre-trial hearing on Aug. 11, 2017, in Department C-57, Central Justice Center, Santa Ana.

Zhu is a pimp who exploits women for financial gain. The victims are often required to turn over payment they receive for sex acts from sex purchasers to their pimp.

« Santa Ana man arrested after allegedly kidnapping and dragging a woman on the 55 Fwy.
What can we learn from the embarrassing soccer fight in Santa Ana on Sunday? »