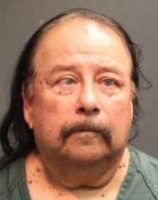 Advisory: Detectives Arrest Suspect For Sexual Assault Of Minors At Daycare, Believe There May Be Additional Victims

On September 7, 2016, the Santa Ana Police Department arrested Larry Montanez, 63, of Santa Ana, for the sexual assault of three child victims in violation of 288(a) of the California Penal Code. Each assault occurred at Anne’s Daycare, located in the 2100 block of South Cedar Street, Santa Ana.

The three victims were each under the age of 10 when the assaults began in 2013. The most recent assault occurred on September 6, 2016, to a 6-year-old victim.

Montanez has had access to children for many years, raising the possibility of additional victims. If you are aware of suspicious or criminal behavior committed by Montanez, please contact Santa Ana Police Special Crimes Detectives at (714) 245-8351.